Without prejudice to the provisions of Articles 6 and 7,
MOOI PR is obliged to notify the Client in good time if MOOI PR anticipates that the
budget approved by the Client will be exceeded.

MOOI PR is entitled to ask the Client for an advance payment towards its charges, fees,
costs, administrative overheads and third-party costs.

Property of the Client
Article 12

MOOI PR regards all the Client’s assignments as having been issued to ‘the organisation’, even if it is the Client’s explicit or implicit intention that the assignment be performed by a particular individual. The applicability of Section 7:404 of the Dutch Civil Code (Burgerlijk Wetboek), which provides for a scheme in the latter case,
is hereby excluded. In addition,
the applicability of Section 7:407(2), which creates joint and several liability
for those cases in which an assignment is issued to two or more persons, is hereby expressly
excluded.

All legal relationships between the Client and MOOI PR are governed by Dutch law. Any and all disputes will be submitted exclusively to the
competent court of Amsterdam. 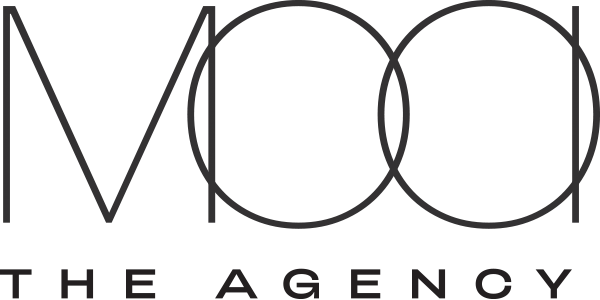 Instagram Tiktok Linkedin-in
Welcome to MOOI the agency.
We use cookies to ensure that we can provide you with the best user experience on our website. With the help of these cookies we are able to analyze the site, improve the ease of use and show you the most relevant information.

This website uses cookies to improve your experience while you navigate through the website. Out of these, the cookies that are categorized as necessary are stored on your browser as they are essential for the working of basic functionalities of the website. We also use third-party cookies that help us analyze and understand how you use this website. These cookies will be stored in your browser only with your consent. You also have the option to opt-out of these cookies. But opting out of some of these cookies may affect your browsing experience.
Functional
Functional cookies help to perform certain functionalities like sharing the content of the website on social media platforms, collect feedbacks, and other third-party features.
Performance
Performance cookies are used to understand and analyze the key performance indexes of the website which helps in delivering a better user experience for the visitors.
Analytics
Analytical cookies are used to understand how visitors interact with the website. These cookies help provide information on metrics the number of visitors, bounce rate, traffic source, etc.
Advertisement
Advertisement cookies are used to provide visitors with relevant ads and marketing campaigns. These cookies track visitors across websites and collect information to provide customized ads.
Others
Other uncategorized cookies are those that are being analyzed and have not been classified into a category as yet.
Necessary
Necessary cookies are absolutely essential for the website to function properly. These cookies ensure basic functionalities and security features of the website, anonymously.
SAVE & ACCEPT